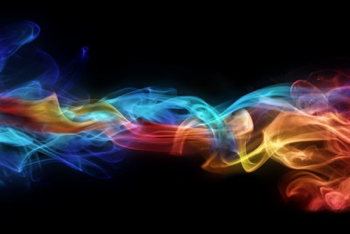 Several readers have asked about the best ways to respond to warning signs and symptoms of depression in their partners. The illness tends to separate two people in many ways, so the question always arises: What can I, the well partner, do when the symptoms start to push us apart?

I think the first thing is to have realistic expectations about anything you do or say. You can’t prevent depression from interfering with your relationship. The illness separates people. Putting a lot of pressure on yourself to get it “right” will likely lead to frustration, perhaps setting you up for your own depression.

It’s important to keep in mind a big picture of what the illness does.

1. Depression is unpredictable. It gets in the driver’s seat with your partner. Neither of you know where it’s taking you, and it’s easy to feel frustrated and helpless because you can’t control what’s happening.

2. It’s going to last for a long time. The average episode is 8-9 months, and recurrence is common. It will wear you down.

3. Recovery is definitely possible, but it depends on your partner and the quality of treatment. Your role is supportive. That’s an important role, but what you say or do will not decide the course of depression. You didn’t cause it. You can’t end it.

4. Depression changes the behavior of your partner, not the person as a whole. This is hard to keep in mind for both partners. Those of us who’ve been severely depressed believe we’re bad people. The way we act hurts the people we love the most.

We’re very convincing in this role, and the well partner gets the worst of what we have to offer.

It’s a mark of recovery when a depressed person can see the harmful beliefs and behavior as symptomatic of the illness rather than who they are. It’s just as important for the well partner to keep in mind the same thing.

Yet nothing is harder than separating the person from their behavior when a crisis hits. What depressed partners do and say hurts. You’ll feel the pain, anger, frustration and shock, as your partner is changed. Whether they disappear in isolation or push you away in anger, the intimacy you’re used to is gone.

Your partner and you have one thing in common at this point. Neither of you can control what is happening. Your partner is in the midst of depressive symptoms and acting them out. You are reacting to unpredictable changes.

My wife and I found that the best thing we could do, perhaps the only thing, was to try, if at all possible, to talk to each other when we could. For most people, depression is not a static condition. Feelings, beliefs, behavior can change from day to day.

The variability can add to the baffling quality of the illness, but it also gives you both a chance to talk when things are not so bad. You can both get some perspective on what’s happening.

Those are the times my wife and I were able to take advantage of. We could really hear each other without the filter of depression distorting everything.

That’s when she could tell me exactly how my behavior was hurting her and know that she was being heard. I could also tell her what it was like feeling so out of control.

Rather than treat me with kid gloves, she explained what she felt and what she needed if the relationship was to survive.

We managed to stay together by looking at the specifics of the most hurtful things I was doing and coming up with ways to deal with them when I was getting in a bad way.

Talking together honestly about what to do seems to me the only way for couples to survive severe, recurring depression. You may need the help of a therapist or counselor to have those conversations if the relationship has taken a beating for some time. You should get whatever help you need.

15 Responses to “Living with a Depressed Partner”