You are here: Home / Psychotherapy / Is Your Partner’s Depression Changing You?

Over and over, I find stories online about the transformation of a loving partner, most often a man, into a depressed stranger. I know what that’s about because I have been that stranger. 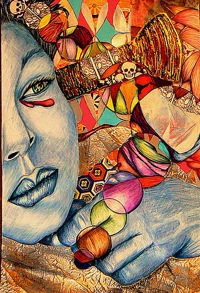 I went through a period of withdrawing emotionally from my wife and blaming her and just about everything else for my problems. I filled my mind with fantasies about escaping to a different life as the answer to internal pain. Fortunately, I pulled out of it before losing everything, but many men and women don’t.

My wife took the brunt of this emotional betrayal – for that’s what it was – and was deeply hurt and exhausted by it. But she also understood that this was my problem, rather than blaming herself. She insisted I get treatment, and the risk of losing my family finally pushed me back into therapy, something I had been avoiding for several years. When I improved and “came back,” however, the old relationship wasn’t there anymore. Instead, we had to create something different because we were both different. It wasn’t about me or her then but about both of us.

Because of what I’ve been through and knowing how my wife took care of herself, I worry about many of the stories I read online. They tend to be all about the one who’s gone emotionally or perhaps who’s moved out. In most cases, it’s a man I read about, but the problem is not limited by gender. The emails and comments describe in detail how the depressed partners are behaving (often abusively), what they’re feeling, their refusal to get help, their on-again off-again closeness, their confusion and pain. The question asked is whether or not they’ll get over it and return as the loving partners they used to be. Is there any hope?

, as Anne Sheffield calls it – the emotional damage caused by living with a depressed partner.

I often respond by asking: What about you? Except for a brief mention of your own pain, I have a hard time getting as sharp a picture of who you are and what this relationship means for your own sense of self. Are you worried you won’t be you anymore once he’s gone? Why do you think you can change him? Why do you ask only about what will happen to him? Where are you?

There is so much invested in a close relationship that it inevitably affects the sense of who we are. Each partner, hopefully, feels enough trust to open and share a usually closed emotional core. Once it’s clear the relationship is a lasting one, there’s a sense of fulfillment and sureness of commitment on both sides. I’m still me, but I’m also more.

Even when troubled, angry or hurt by each other, the emotional resonance and mingling can move two people to some sort of healing. It’s all the more shocking, then, when depression takes control of one partner and rips the relationship. It’s not only a betrayal; it takes away the part of one’s self that emerged through closeness to an intimate partner. That cuts too deeply. It may be hard to feel complete anymore.

I suppose the continuing challenge is to find the balance between a healthy sense of one’s separate self and the shared identity of a close relationship. Neither can exclude the other, and even if relationships fail, they’ve given as much as they’ve taken away. But that’s impossible to think of in the midst of a devastating loss due to depression.

Sometimes I find out how the online stories have ended – though not so often as how they began. Usually, it’s encouraging, not because the relationship has been restored (that’s rare), but because an inner resilience has led to acceptance of what’s happened. The new story begins, and it’s all about you, no longer about him.

So that’s why I ask: where are you in the story you tell? Are you worried you won’t be you anymore once he’s gone?